Last August, my boss gave me a performance review where we went over professional goals for the coming year. One of my goals was to read two books on company culture and make four suggestions to my boss for ways we could improve our own company culture.

Based on a reading list from Entreleadership, this book, The Culture Code by Daniel Coyle, was added to my list. Here is a review of it!

Coyle begins by highlighting the foundation of “culture.” He says

He then moves on to examples of company cultures and how those interactions make a difference on overall productivity.

The author lays it out into three skills that determine a company’s ability to develop a strong culture: build safety, share vulnerability, and establish purpose.

Coyle talks about how companies have good culture based on the fact that interactions are safe. This is not to say that people cannot give opinions. On the contrary, merely that feedback is actually welcomed by bosses and that opinions won’t be criticized in a demeaning way.

This is accomplished by members giving cues of belonging which can be split into three different qualities (p. 10 and 11).

1. Energy: They invest in the exchange that is occurring.

2. Individualization: They treat the person as unique and valued.

3. Future orientation: They signal the relationship will continue.

Coyle uses an example from a research study in which an individual was placed in a team to see how a toxic attitude would affect the culture of the team. Jonathan, the leader of the group (and unaware of the study) managed to maintain his team’s positive culture while engaging the individual doing the research. This made his team many times more effective in its projects compared to all other teams in the study.

Jonathan’s group succeeds not because its members are smarter but because they are safer. (p. 5).

Ensuring everyone has a voice is another way safety is developed in a company or a team. If a boss is known for forcing employees to do whatever he or she thinks is best without discussion, no employees will feel that it is an environment conducive to making suggestions. Which brings us to our second point of a strong culture.

Anyone who is comfortable sharing vulnerability will increase the effectiveness of their culture. It means showing team members your lack of perfection. It means opening yourself to suggestions from your team.

In one example, Coyle talks about David Cooper, a man who helped develop the intricate and intensive training of Navy SEALs.

When Cooper gave his opinion, he was careful to attach phrases that provided a platform for someone to question him, like “Now let’s see if someone can poke holes in this” or Tell me what’s wrong with this idea.” He steered away from giving orders and instead asked a lot of questions. (p. 138)

The way Cooper shared his vulnerability was by letting his men know that his suggestions weren’t always right. And by doing that, he was building safety.

This is a constant reminder of what the shared goal is. People want to know what they are fighting for! Establishing purpose over and over is what keeps employees motivated to work with others to accomplish the end goal.

This is the way high-purpose environments work. They are about sending not so much one big signal as a handful of steady, ultra-clear signals that are aligned with a shared goal. They are less about being inspiring than about being consistent. They are found not within big speeches so much as within everyday moments when people can sense the message: This is why we work; this is what we are aiming for. (p.198)

Recommended for anyone who works with others

This is an excellent book for anyone to read who is involved in a team of any kind. You don’t have to be a leader in order to help build a productive culture!

And you can pick it up at Thriftbooks which is where I like to get all of my physical books. It’s a great way to get used books for a very reasonable price. Click the photo below to check it out! 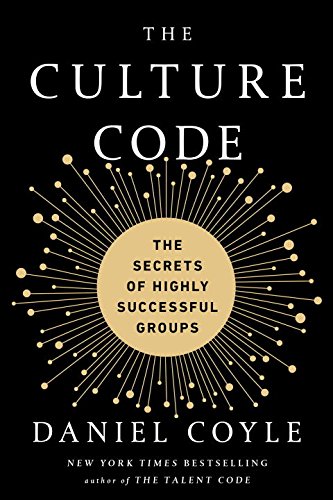